“Ngāti Awa the adze whose bindings cannot be loosed by the sun nor softened by the rain.”

Ngāti Awa Te Toki 2019 was held from 25-27 October 2019.  The powhiri was held at Te Manuka Tutahi.  The spectacular weather throughout the discourse of the weekend set the perfect wairua for the success of the Ngāti Awa Te Toki Kapa Haka Festival 2019. The connectedness through whakawhanaungatanga with both the performers and supporting whānau in the crowd was embraced throughout the weekend.

The Tamariki Whakataetae section marvelled whanau and spectators with spectacular choreography and waiata.  All groups caught the hearts of everyone present.

The top 3 placed roopu for the Tamariki Whakataetae section were:

The pakeke roopu were all magnificent with the level of choreography, waiata sung and actions displayed being of a very professional level.  Each roopu held their own mana portrayed within their own controlled ihi and wehi.  The whaikorero were sharp and direct placing emphasis on the kaupapa at hand and acknowledging how proud they were as descendants of Ngāti Awa.  Some korero ruffled a few feathers in the eyes of the judges.  In the end, a powerful display from all the pakeke roopu.

The top 3 placed roopu were:

More on Ngāti Awa Te Toki can be found on http://www.tetokifestival.com/ 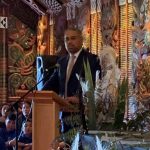 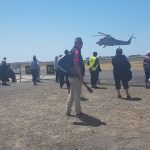